It is in my hometown called Rouen, located in Normandie, that I met Laurence Philipot-Reulet. This inspiring, creative, and audacious woman is the co-founder of a brand-new concept store named 11h11 – L’heure Exquise opened the 11.11.2017 at 11:11.

In 11h11 concept store, founded with her soul sister Frédérique Tanguy, you dive in a familiar and comforting atmosphere. In this place, you could completely lose yourself during hours…

The 11h11 concept store is the story of two women that knew each other since they were little girls because their parents were close friends of always. Time after time, the young ladies grew up and drew two different paths.

Frédérique first, took an engineering degree in electronics. These studies have nothing to do with what she is doing now, but life is unexpected 🤷‍♀️. At that time, this degree actually brought her as an accountant in a very-known shop called Divine, in Rouen. It was a very famous boutique, with very-known and high-quality fashion brands.

Therefore, Frédérique managed this shop for ten years and learned how to do sourcing. Later, she opened a smaller Divine, street Saint-Romain, for ten years as well.

Laurence did international trade studies. Same as Frédérique, her studies brought her somewhere else than expected. She felt in the culture domain. For 25 years, Laurence organized large popular events such as the Armada of Rouen, the Jacques Vabre transatlantic sailing race, the Normandie Impressionism Events. She also managed the Zénith of Rouen, big performance hall, for four years.

In the meantime, across her travels around the world, she was always discovering different ways of selling, new kind of retails. She developed a sort of habit: she kept all the tags of products from suppliers she had a crush on.
Therefore, Laurence has an entire shoebox filled by tags, that was never useful for her career but that she kept, just in case. Because she knew somehow that she has a certain intuition to reveal a trend.

On top of this, her life in the event sector was really exhilarating, but also very exhausting. However, the turning point was one year ago when Laurence went with her two daughters in New-York. They visited magical places, simple, but with a particular soul and beautiful cross-categories pieces: home design, clothes, jewels, culture, …

“When I came back to France, I was sure that I wanted to open a concept store as I saw in New-York. The first person I talked about it was Frédérique. She is a real retailer, and I knew that she would be very honest with me.

Frédérique liked the idea; she gave me some feedback on points that could be improved, she shared some directions… And one day she proposed me to open this shop together”. 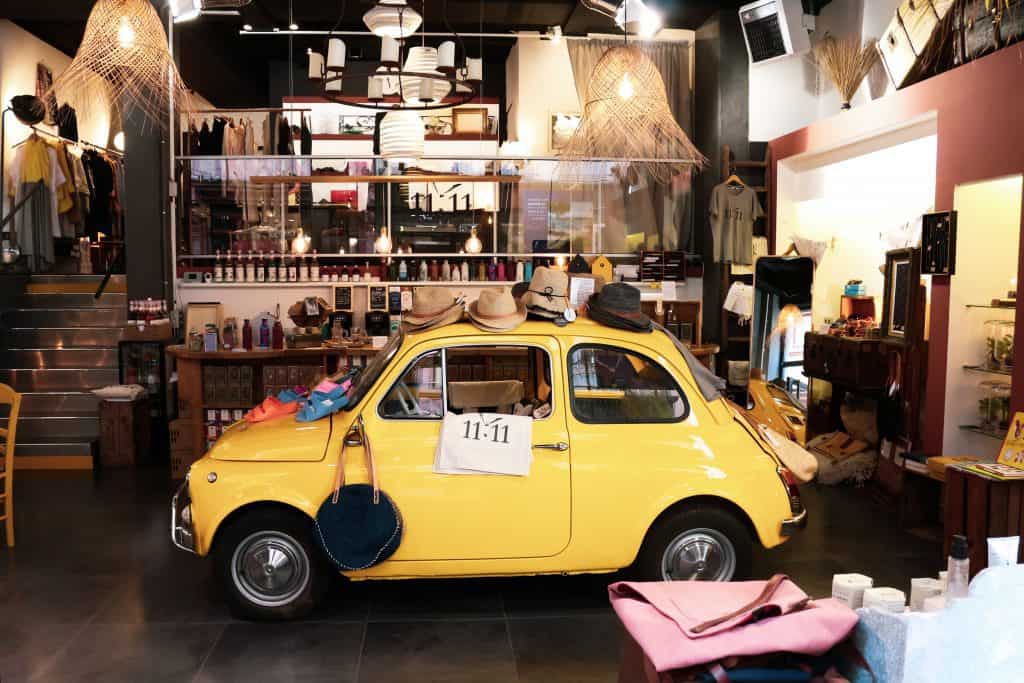 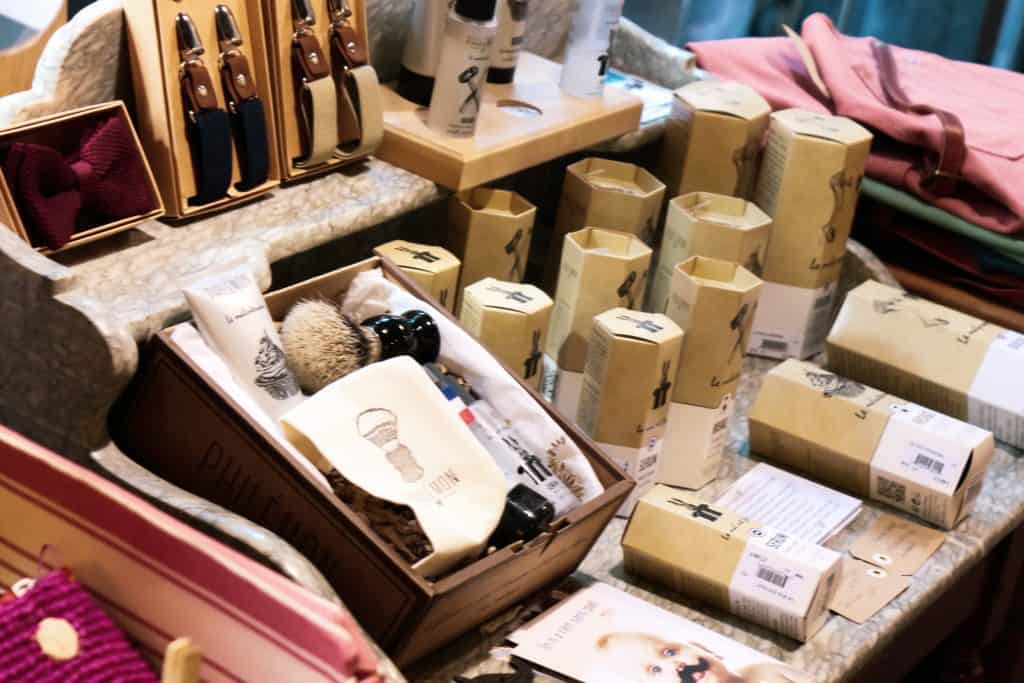 Motivated and inspired, the two businesswomen decided to write everything down. It was the most challenging part since both of them had several ideas that they sincerely wanted to explore.

To start the activity, they rationally highlighted the brands and the suppliers Frédérique already had from her last shop experience. Then, after brainstorming and exchanging on what they want to share in this shop, they defined four aspects:

Since 11h11 concept store is designed to be a cross-categories boutique, the challenge was to make this concept store coherent, so people understand what Laurence and Frédérique want to convey.
How to valorize everything, from the little box of matches they had a crush on to the artworks they are exhibiting. Their solution? They created a relevant and powerful “gold thread.” It is like an editorial line that you apply on all aspects of your shop to make it coherent. Frédérique and Laurence oriented this “gold thread” on two values: transversality and thematics.

So, the first approach of this concept store is the transversality. Laurence explained in a wise statement why transversality is so essential in our current society:

“It is a question of value. All over my career, in the culture domain, most of the time we were categorizing people. For instance, some people know Impressionism*, and some people do not know this painting practice from the 19th century. Therefore, we will create exhibitions only for those who know it because, in our opinion, the people who do not know Impressionism don’t care about it.

This idea that the society can be clustered by “people who know” and “people who do not know”, “ordinary people” and “elitists”, “people with money” and “people with less money”. All this idea, I fought against it all my life. Each time I was organizing an event, or when I was managing a cultural institution, I was standing for the idea that everybody can be interested in a specific energy but they come through a different door. ”

Through their concept store, Frédérique and Laurence want to break the cleavage, unstandardized people.
In consequence, 11h11 concept store is welcoming all kind of public: the fashionistas who are looking for the last Chloé top, the high-tech guy who wants to discover the new start’up’s gadget, the 12-years-old pupils who need their after-school snack, the grandmas who appreciate her afternoon tea,… You will find various sort of products that fit with the thematic of the shop: technologic, artworks, perfumes, clothes, beverages, and so one.

Talking about the thematic of the shop, it is probably still obscured for you at this point. To understand it, we need to explain the second approach of 11h11 concept store which is the rhythm. Every three month, 11h11 concept store changes its thematic. From the showcase, the communication, the wall paintings, to some suppliers and product lines. In only 48h, Laurence and Frédérique, with their children, Lola, Rose, Réjane, and Pierrick, are working on this brand-new store.

In consequence, every three months, they decide to highlight a new supplier according to their coherence with the new thematic. On the one hand, this allows Frédérique and Laurence to highlight some brands that they had already spotted for a while.

On the other hand, it can be difficult sometimes for Frédérique and Laurence to explain this rhythm to their suppliers: the deadline is three months only. It can concern the whole supplier or the entire product line. 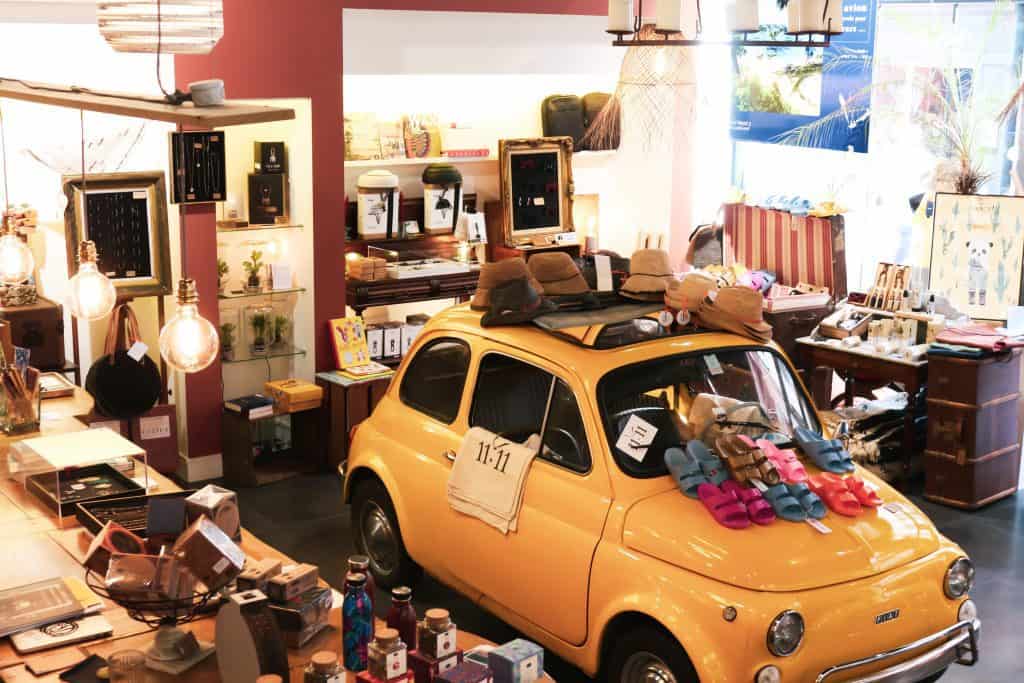 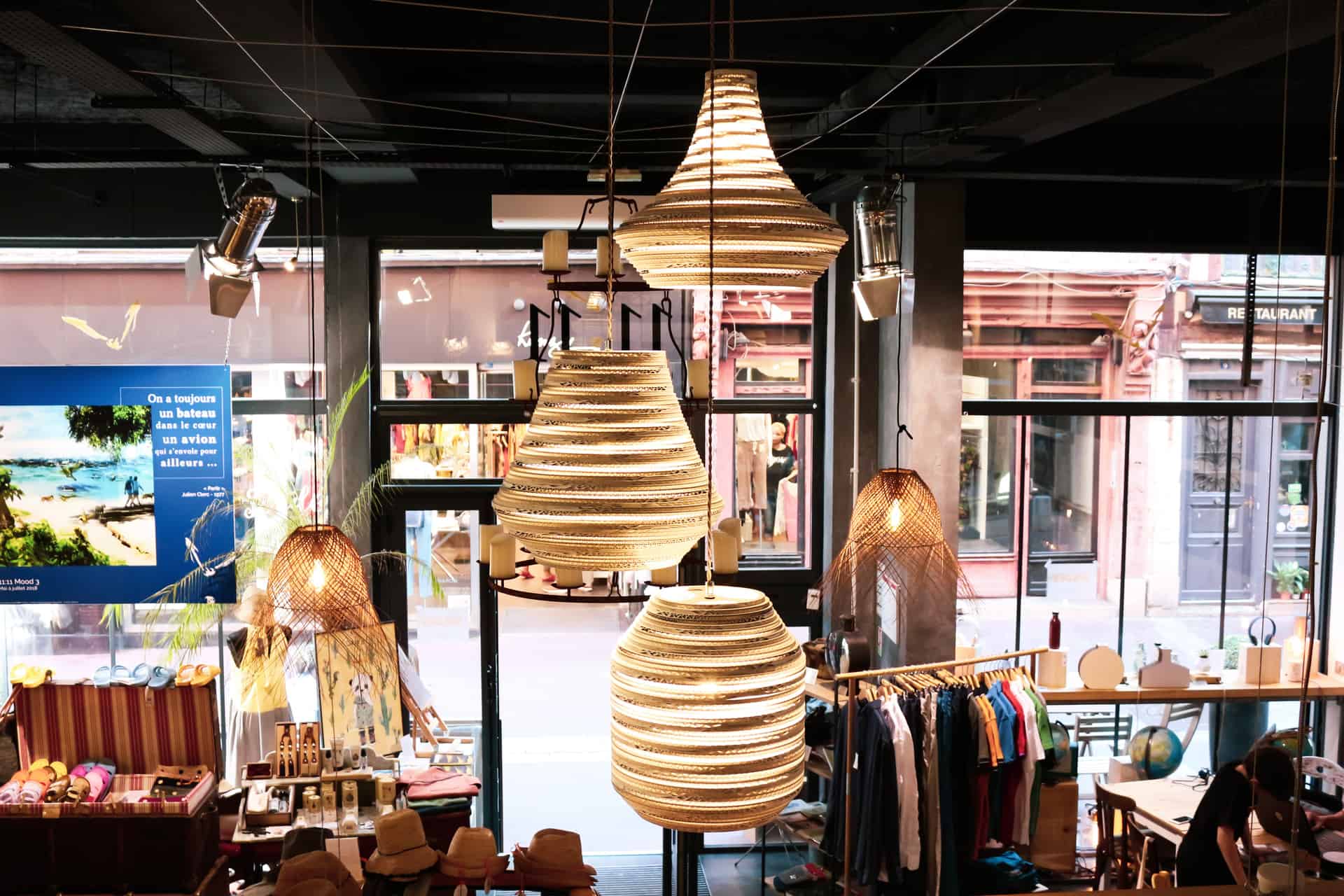 Besides the books and the artworks, another kind of art is indeed present in 11h11 concept store. The music is everywhere, a mix of rock and variety, melancholic, and nostalgic, which brings a lot of humanity to the shop.

First, as I already explained before, every three months, 11h11 concept store changes its thematic. Each thematic is related to a song or a quote that transmits its values. The first thematic was about the energy and the time. Therefore, Laurence chose the song “Osez Joséphine” from the French singer Alain Baschung, that says: “…et que ne dure que les moments doux…”**.

For the second thematic about Mother Nature, Laurence chose the song called “Ton Héritage” from the French singer Benjamin Biolay.
And finally, for the last thematic about Travel, she highlighted the French singer Julien Clerc and his song “Partir,” that says: “On a toujours un bateau dans le coeur un avion qui s’envole pour ailleurs…”**. I let you discover by yourself the song or quote Laurence and Frédérique picked for the new thematic Hasard that opened this week.

Besides, the music is also present in the name of the concept store. There is a lot of meanings behind the name of the shop that I reveal a few lines below. Nevertheless, in french 11h11, L’Heure Exquise is an alliteration*** with the letter Z. This figure of style is directly related to a song written by Serge Gainsbourg and singing by Jane Birkin “Exercice en Forme de Z” (“Z-shaped Exercise”). This song is actually entirely made with alliterations with the letter Z.

The wings of Time

Talking about the name, it needed to be generic, not too feminine or masculine. For a long time, Laurence and her dad used to send each other a screenshot of their phone every time they saw the time 11:11 writing on it. It became a trick, like a four-leaf clover.

Time after time, Laurence contaminated the teams she worked with, her friends, her family… But the truth is that 11:11 is a mirror hour that significate that if you catch this, you are on the right path.

When you look at the logo, the digital time represents the personality of Frédérique, rational and down-to-earth. The graphics one represent the character of Laurence, airy and creative.

The magic in this name is that everybody can find a meaning thanks to their own experience of life. As the whole purpose of 11h11 concept store, the “gold thread,” is that visitors give sense to their visit. 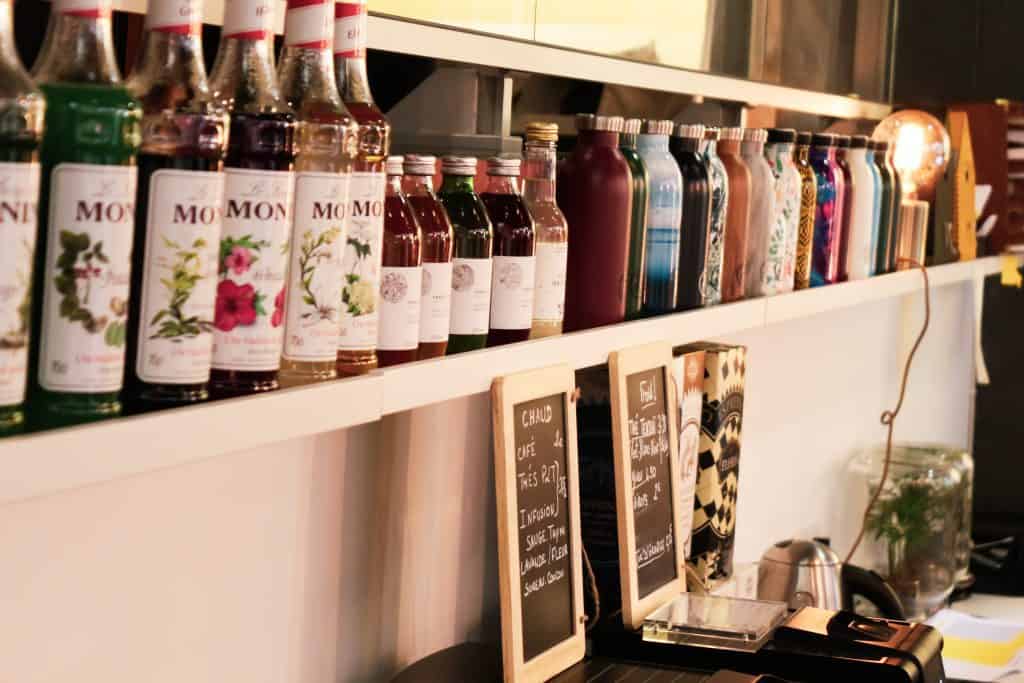 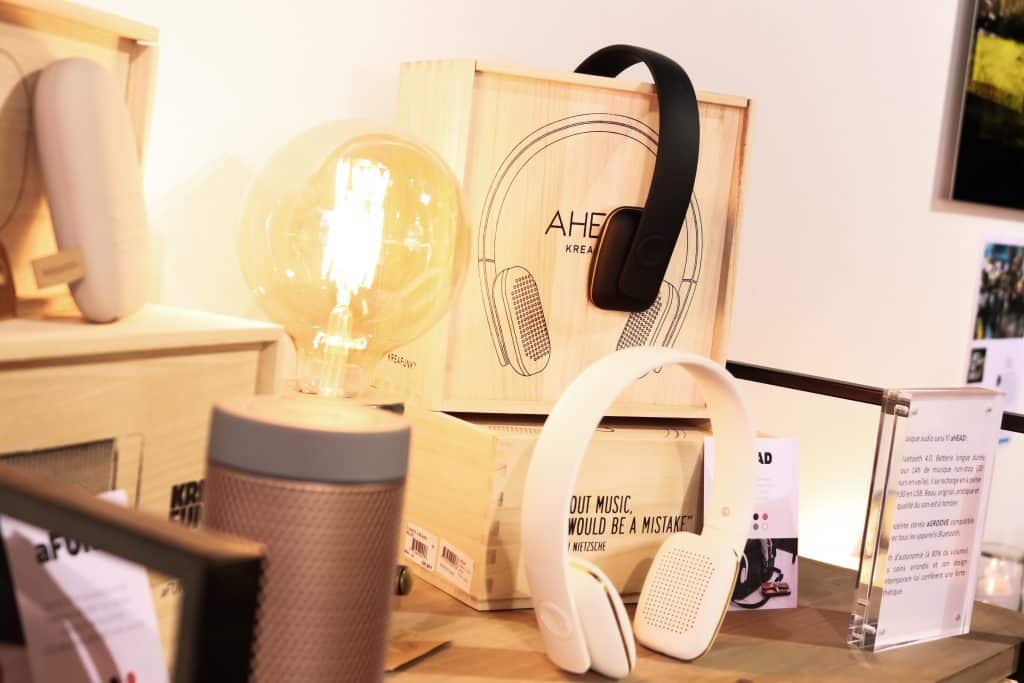 Regarding the European sourcing, Frédérique and Laurence are spending a lot of time on Instagram. They also recommend following the international actor MAISON&OBJET.

Then, for men, BelleRose Men, a Belgian brand which is chocolate buns for sale since it is a high-quality product, and goes for all men style and ages. You will also find German marble lamps, Spanish bike helmets, Italian’s thermos flasks, Danish headphones, and Swedish suspensions…

“We became revelator of local talents. Most of the time, they are never exposed in retail, they want to try the market in our shop. For the first artist we exposed, we sold out six pieces large format in three months, which is incredible.”

11h11 concept store highlight local artists such as a woman from Rouen who creates suspensions in recycled cardboard. Another girl is developing carpets made of materials she directly brings from Morocco.
There is also a tech start-up from Lille, some earrings made from a girl in Cannes, herbariums made in Paris by a Parisian start-up, and very-famous Parisian Perfumes from the Briard Institution (18th century).

Again, I had a very inspiring meeting, which brought me some much motivation for my own ideas… To finish our interview, I just needed to ask her what brought her here, what was her weapons to build up this successful life that she has now. And this quote below will always stay in my mind at each chapter of my own story.

« Follow your instinct and be audacious.
Follow your instinct because it is animal, you rarely get it wrong, it is the others who make it false. You must listen to yourself.
And being audacious is the number 1, it means meeting people, never stay in the corner and watch what others are doing passively.” 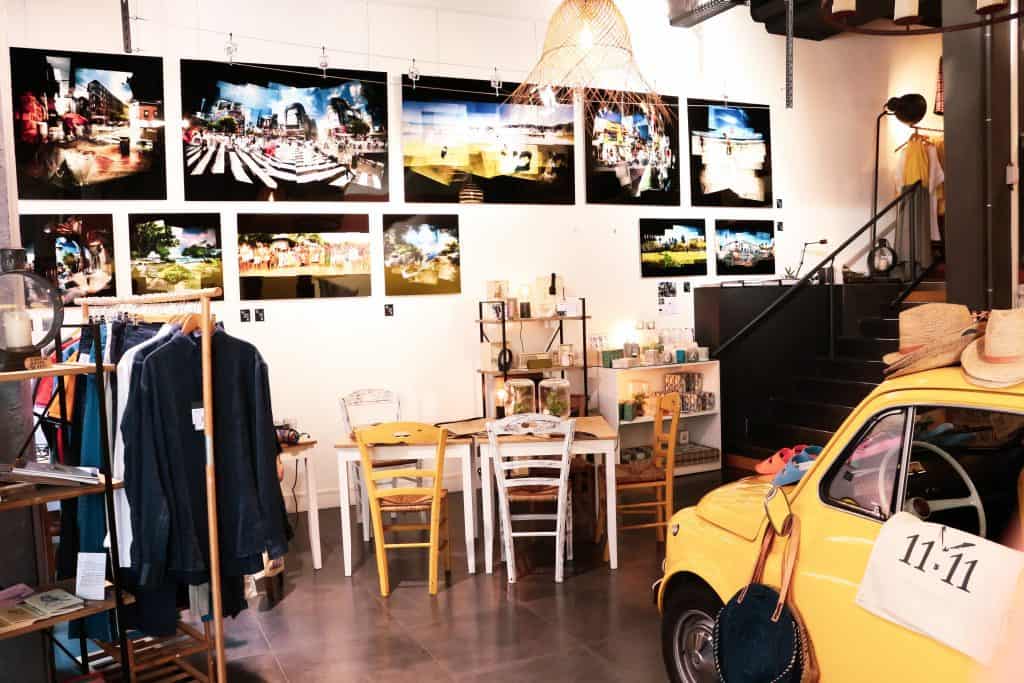 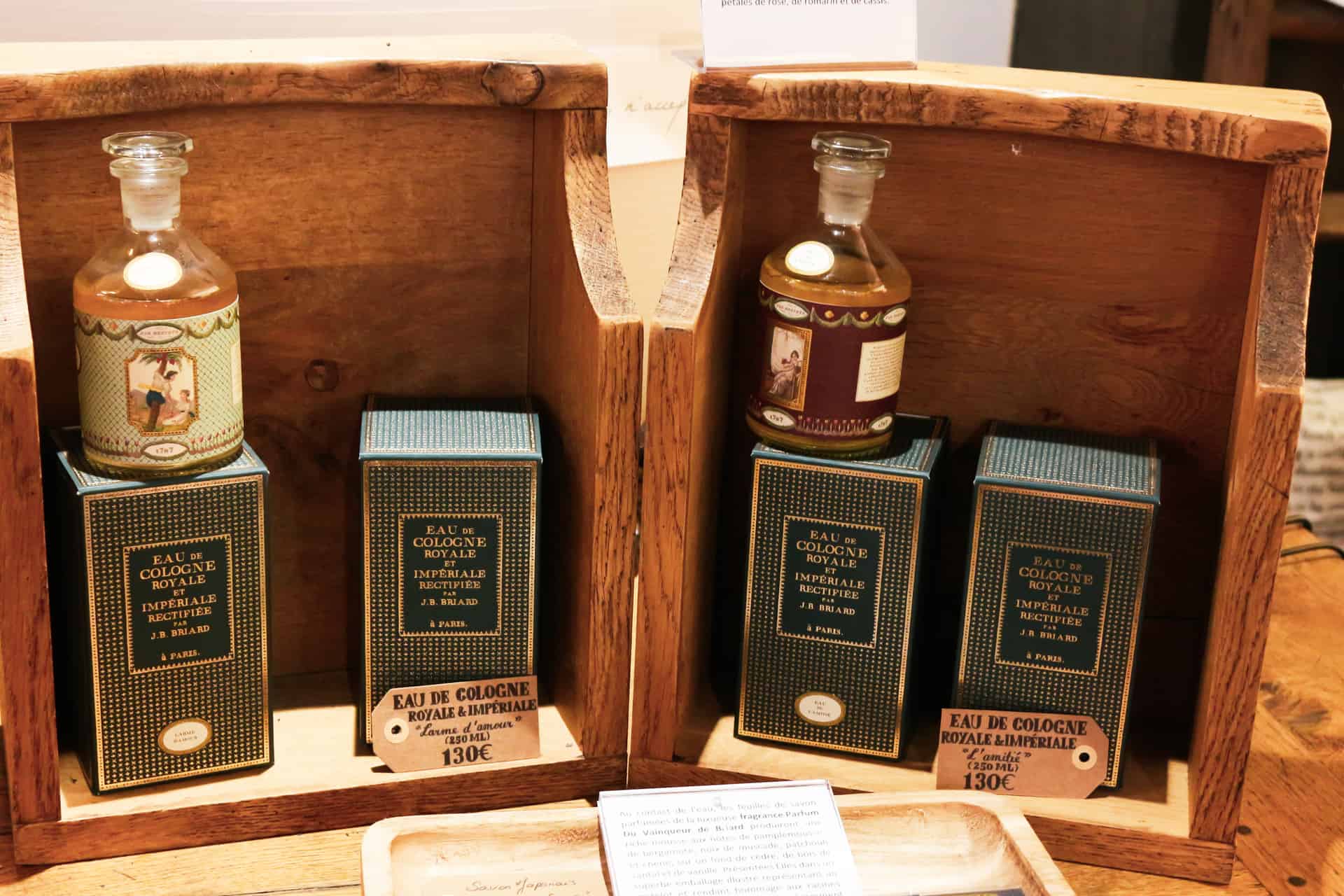 * Impressionism: a theory/practice in painting especially among French painters of about 1870 of for picturing the natural appearances of objects.
** Understand: “And that last only the sweet moments…”
Understand: “We always have a boat in the heart or a plane that flies to somewhere else …”
*** Alliteration: when you use words that have the same sound at the beginning, like “Stellar students synthesize sweet sentences”.

I am a French blogger who lives in Hamburg and works in Paris. Since I moved to Hamburg 2 years ago, I developed a passion for all kinds of Concept Stores. I just love to discover the story behind the atmosphere of such original places. Therefore, every week, I meet inspiring business owners to talk about their story, the story behind their shop and their business choices (partners, suppliers, communication & marketing, visual merchandising,...). The purpose of this blog is to help people, like me, who wants to create their own business in a few years. The goal is to get inspiration, creativity, and motivation thanks to testimonies of courageous entrepreneurs from cities across Europe. 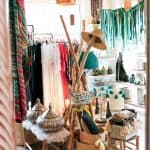 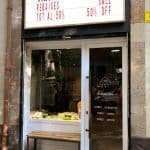